I’d like to preface this post by explaining that in the midst of a manic (or high) state, there is a marked increase in a flight of ideas. All the thoughts that come into your head seem so significant and there is an impulsive need to either share or document these ideas. Reflecting upon them in a non-manic state, they may potentially seem like nonsense. At the same time, however, I do not think they lose any of their authenticity.

If you were never picked on or harassed, is there really anything wrong with you?

I don’t get hurt as much from people nowadays as I’m moreso just frustrated that they can still suck so much.

Like, I’ve had a date “go to the bathroom,” never come back, and try to leave me with the bill. The bartender took his fuckin’ drinks off. But I didn’t cry; I stayed as long as I wanted; I was just really inconvenienced and annoyed by trash people.

I don’t get bothered because a FWB flakes or ignores me because I “want” to be with someone that flakes on me; no, I’m just addicted to the sexual chemistry and it bites having to wait around for good dick again.

I’m only interested in men that aren’t turned off by strong women.

I can totally hang if you’re awkward; I’m weird, too. 👽

People going on about not having the TIME for other people because they’re ~so busy~ is not something to strive for. I worked in a pharmacy; the highest selling drug besides heart meds was Xanax. People are stressed out because they’re not allowed to balance their work and relationships.

If you haven’t been oppressed, I probably won’t find you funny.

Did selling you an overgrown ego come with that PhD package?

Hang out with ya girl so you don’t have to think about that guy.

Like the show, give him 48 hours then move on.

New Ager: Do you really ~feel~ sick, though?

Me: Umm, yeah, I’ve suffered for 20 years with mental illness; it’s pretty real to me.

Cats are so much less tolerant of you being mad at them; Sonny turns into a total asshole when I want to keep the door shut and get upset; they smell that shit on you.

Being a hippie and believing in science can co-exist.

Someone: (says something nice to me)

Political and social climates skip each decade, at least as far as I’ve observed in the 20th century. It’s a very heated, revolutionary time right now but I have a sense that the upcoming decade is going to be better for everyone.

This decade totally reflects the social change and sexual revolution of the ’70s.

When I see “women” when it should be “woman,” I swipe left with my whole fuckin’ hand.

The sexiest thing on a guy to me is a happy trail. 👅

If you choose to drink, do NOT have the fuck its; you will be sorry.

Hard to go braless in a cropped shirt when you have saggy Ds.

I miss the kind of love that makes you feel like a kid again; I don’t miss him, per se, I’m nostalgic and sad about that magical honeymoon phase. That’s the biggest high I still miss.

If you’re manic on the go, use the buddy system.

I had a charley horse today and my whole life flashed before my eyes.

I totally hate the whole permanent solution to a temporary problem because real depression feels like you’ve always felt like this and you always will. Real depression can sometimes last years straight. Yes, there’s hope, but this saying is just kind of disrespectful.

Peeps and Whoppers are indeed the greatest sins of confectionery.

Fuck Elliot Rodger, though, fuck him.

Whatever, I do have a crush on James Franco like on the really. 🌿💨

My mom hates Death Becomes Her but I find it funny.

We are old souls living in children’s bodies.

I think reading as many manifestos as I can may be on my bucket list.

Daniel Tosh might kinda get it, too, lol I wanna know if that’s ridiculous because he’s fucking funny.

idk maybe I’m perpetually living in madness and idk I just feel like I can get fucking craaaazy if I really wanted to which I don’t I prefer the chill mentally ill pee-pull; check it if you missed the rhyming… ha.

idk, Jim Morrison was pretty trippy, for sure. Or maybe that’s just my kind of trippy. idk they had a lot of clueless fans, that’s why they were so shocked and repulsed when he flashed them. “lewd and lascivious”

Again, the original songwriter of Mad World figured it out about the real reality. That song, and The Matrix.

Do only old souls get it?

Is identity the same thing as reality and perspective?

A hopeless romanic should not suffer tbh.

I am alone af single tbh.

And very, seriously sad and betrayed by the human race, at least those meaning sociopaths and psychopaths. Maybe I was overdosed on the empathy scale. I am an honest and pure human. It’s honestly terrifying to imagine it any different. It’s actually very scientific.

I’m like suicidal on the daily; it’s just not always on the conscious part of my brain. At least that’s how I know it must feel in my core being. Bipolar is a cruel curse.

Shit I’m so high that Mad World by Tears for Fears properly conveys the reality of the human race. And the fact that this musing took like twice as long as per usual. I want the aliens to take me, yet at the same time I’m really scared. Never mind, this is absolute nonsense.

I don’t hate this generation, no, the human race has been malignantly disappointing from the start.

People are so dumb I can’t.

When I was 11, I remember telling my grandmother that the kids at school called me a lesbian. I thought it was an insult? Foreshadowing, huh? Openly bisexual today, I totally get it now. 🤷🏻‍♀️

Urggg another instance of someone saying the whole world is Bipolar. No, they’re not. Bipolar Disorder is a very serious, often lethal, mental illness. It is not an adjective. Moody is not Bipolar. Bipolar is a disorder of extreme, distressing and disruptive opposite poles.

Mania can be dangerous and out of touch with reality. The depression is so crippling I’ve had my face embedded in the couch when I needed to go to therapy that day. End the stigma. Mental illnesses are not adjectives.

This is why we need to go back to its original terminology: Manic Depression.

The whole world is not Manic Depressive. See what I did there?

You never know just how you look through someone else’s eyes.

If you like me now don’t worry I’ll never change.

Whenever I get manic/high I roast Scientology idk why.

Ugh I’m such a jerk manic.

We are nothing more than bonobos with the handicap of quote unquote “intelligence.”

Twitter is a, by defaulf, narcissistic af app; no, all social media use is fucking narcissist when you think about it; like, why are we here? Like even 1 like is like this huuuge hit of dopamine; we are freakin’ addicted to showing off what the hell we have to say, maaaan!

🎭 View all posts by Carrie

One thought on “Manic musings” 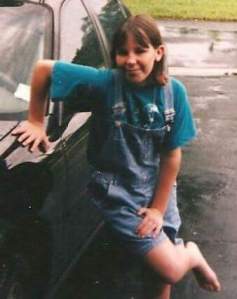 Thank you for visiting my blog; I really appreciate it. I hope you find it educational, inspiring, and thought-provoking.

I hope to have this blog play a role in my ongoing advocacy for mental health. If there’s anything else you would find useful, feel free to use the Contact form in the Menu up top and let me know.

Follow Bipolar in Order: Advocating for the Mentally Ill on WordPress.com

📊 Logging my moods on a regular basis
💊 Taking my medication on time, every day
🚫 Avoiding alcohol
📆 Scheduling and meeting all doctor appointments
🙅🏻 Avoiding toxic friends and relationships
💆🏻 Minimizing stress